At work I’ve been doing some skunk works projects on Enterprise Collaboration, or Enterprise 2.0.  I enjoy setting up new things and seeing how they work and fit together. I also enjoy teaching new things to people and seeing them digest new ideas, so this has been something I’ve really enjoyed working on.

That sums up my sentiment exactly.

There have been some well intentioned, yet primitive attempts at increasing collaboration across the company… wait… let me rephrase that.  People have been collaborating all long, via primate methods, at least by what has been available. 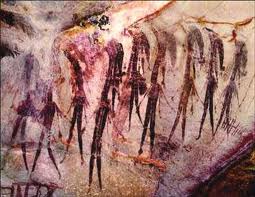 We have Microsoft’s Sharepoint 2007 in house, and I’ve become very knowledge about it in the last half of the year.  And I do see it as a potential enabler of virtual collaboration, but to me, it seems lacking in several areas.  Granted, our implementation has suffered from stability and usage issues, but it only recently began gaining any noticeable traction almost eight months after it’s initial implementation.

But, it hasn’t been good for sharing media, or spontaneous communication, and I certainly realize the potential is there.  I’ve seen Sharepoint 2010and it is an improvement, but unless it becomes part of our daily habits, or routine, Sharepoint 2010 could still languish.

I see Sharepoint as just one spoke in the wheel.

At first, we didn’t have a good way to share videos.  Sharepoint lends itself to using Silverlight, which we do not have installed on our employees PC’s and laptops; which is not an option at this time.

The photo galleries on Sharepoint, (at least in 2007) are very cumbersome and hard to figure out, (at least for me).  Uploading pictures should be as easy as uploading them to Facebook or Flickr.

In the very beginning, I checked out xmoov.  It is very cool, but when I was trying it out, they just relaunched and there was hardly any documentation. It worked, as far as streaming .flv files, (flash videos), but it was a ton of work to add new videos since it required a lot of coding to set environmental variables.  I tried integrating it within WordPress, with moderate success.

I did like the idea of using a WordPress blog, since it lent itself to letting the reader contribute easily on their own. However, we still had room for improvement…

At first, the WordPress blog was rather complex, being tailored to sharing media.  Contributors could upload videos and photos.  The only problem, which was quickly realized, I was the single point of failure.

I would take any video anyone wanted to upload, and use ffmpeg to re-encode to Flash, (.flv), and upload it.  Then the blogger could link and embed the video.  It worked great! The WordPress plugin allowed you go embed the video in other media, and yes, we did get it to work in Sharepoint.

We also wanted to post podcasts from the employees and management. And again, I found myself being the only guy who was doing it.
Don’t get me wrong, I do like doing stuff like this, but I wanted a way for people to do all the work themselves, self-service so to speak. I wanted it to be very, very easy.

Hence, my quest began for a Youtube-like clone.   I evaluated several of them, (actually anyone I could find), on my VMWare box at home. I settled onosTube from Vimp.  (If you are interested, I might write another post comparing all the options available and my opinions).

After installing and testing it, I worked with our internal communications team and we designed a theme and layout everyone agreed on, (thank goodness I know CSS and thank you Firebug!).

We launched late last year with it.

Thankfully, I had the insight to install Google Analytics so we can report to the higher ups on usage one views and visitors.   We can provide management pretty graphs and measure the success of the campaign!

We still use the original WordPress site for photos and photo galleries.  Yes, we have Google Analytics measuring that site, too. 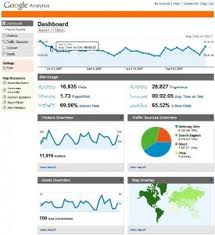 Phase three:  yet to come

Vimp released a newer version of their software. It appears to be a major rewrite and has some of the features our internal people are asking for, so after the New Year, I plan on working on the upgrade, pending budget approvals.
Having been involved in a couple of start-ups and betas, I feel it’s okay to roll initially with an “okay” release, but you must strive for continue improvement.
So now that we got documents and media taken care of, what’s next?

Yes, we tried Yammer. I like Yammer.  Every couple of months, a department hears of Yammer and runs to try it out.  Then, interest dies completely.  But everyone seems to like it, or like the idea of it.

I started playing around with Elgg, an open source microblogging platform.  I liked it, but had real problems getting LDAP authentication to work. I got fed up and dropped it off my plate. Then, one day I was poking around on my Dreamhost, One-Click installers, and saw Status.net.  I installed it at home and loved it; it was perfect.

I installed it at work, got LDAP authentication working within minutes and fell in love.  I created a theme that was based on our video site and then strategically began recruiting “beta testers” around the company.  The feedback has been overwhelming positive.

Some have said I was moving too fast and ran the risk of overburdening our users.  I don’t disagree and that’s why I felt like I was strategic when recruiting my testers.  They had the ability to invite others to participate in our “walled community.”

… and just like Yammer, interest comes in waves.  There are a couple of us who try to stoke activity every couple of days, but it is slow going.

Instant messagin, the old stand-by.  When I started, I got a Jabber/XMPP server up and tried to get people to use that for internal communication as opposed to Yahoo, AIM, or Gtalk.  It was surprisingly hard. Fast forward 2.5 years and we have critical mass on Jabber with over 100 employees using it. It just works, and I have it set up so anyone online in the company will show up in your roster.

We also have a growing user base using Microsoft’s OCS 2007, (not R2).  It’s cool since it is more integrated with our Sharepoint installation and Outlook, (Office 2007 and up for Windows, Office 2011 for Mac). We’d like to take it further and use the Office Communicator as a soft phone, ditching physical phones entirely. 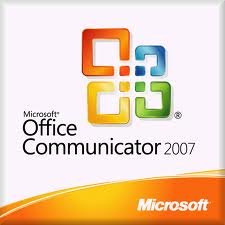 Good question. What IS next? I read some papers on the success of Ford and Merck on their internal collaboration or social media internally and took the idea of doing a survey to understand our employees’ understanding and need for this type of technology.

Once the results come in, I’ll let you know what is next.