So, with the release of WordPress 2.2, I took the leap and updated tonight. It went really smooth and I seem to think there might be a performance gain, but it could be the vodka. You might have noticed that I am using the K2 theme, which has a slight issue with WP 2.2. You can get the fix here. It worked as advertised. If you are using WP-Cache you probably need to delete your root out of the cache to see the change.

Today, I was really glad I had my GPS unit, the Mio c310x. Twice today, I had to get somewhere fast and having the GPS let me bypass traffic and cut through other neighborhoods. It was cool saying, “hey, this is a load of crap… I’ll turn here…” and get me around the BS. Today in Atlanta, there was really heavy rain around the very beginning of rush hour and that set traffic home off to a terrible start. If only we had TMC like Europe has then is would trump Google! Maps on my Treo. I don’t think the c310x has the support for TMC, but that might be something to consider in my next GPS purchase.

BTW- I’ve done a considerable amount of stuff to my Mio over the last few weeks. Unfortunately, I don’t feel comfortable talking about them here. Let’s just say I am ready for a trip to Europe…

With regards to the Cheap-o HTPC, I’ve come to the conclusion and recommended to my brother-in-law, that an original XBOX is the way to go. For roughly under $100US you can find one on Craigslist, Ebay, or at a local pawn shop and easily hack it and put XBMC on it. He’s not a big game player, so he’s really only interested in the media capabilities. I’ve suggested a couple of places for him to find one and offered to hack it for him, so I’ll update as time goes on.

I also noticed that Trixbox 2.2 is out now. My Trixbox server is 2.1. I honestly don’t know if I’ll upgrade since it’s one of those things; if it ain’t broke… don’t fix it! If you read the thread over in the Trixbox forums, there is a way to upgrade despite what the first post says. We’ll see.

I’ve also been learning a lot about the business side of this. More on that, too.

Finally, I’ve been doing a lot of thinking about innovation and technology and how it affects my and my family’s life. I’ve started writing up a doc highlighting some of the key points, but I am not sure what I plan to do with it when I’m done. Maybe I’ll post it here… but I wouldn’t count on it.

It is finally here.  We are leaving tomorrow to Florida to do Disney with the kids.  We’ve rented a condo with a pool and are going to share it with my brother and sister in law and their daughter.  It will be great.  As some of you know, my Mom had a massive stroke back in November.  She is doing much better but this will be the first time I’ve taken time off of work for more than a couple of days for our family.    Things are moving along for Mom and her recovery is certainly underway, but work and family life has also been stressful for both me and my wife.  So we really need this vacation.  We said goodbye to my Mom tonight and took her to Walmart one last time and we are just about ready to get the heck out of Dodge.

This has been on interesting week for me at work this week.  At the beginning of the week I was unsure and a little nerviuos, honestly.    But today, after a week of meetings and getting to know my new peers, I am totally jazzed.  I really feel like I belong and that I can really make a difference going forward.  I can’t really get into it just yet, but I think I am going to be very happy and productive.   I also see that I have a lot to learn but even so, that is very very exciting to me.  I love to learn and tinker, and I think I am in my zone.  Holy crap, that sounds pretty corny.  Whatever.

So, we will be using the Mio c310x I’ve been talking about.  One of the things I’ve been trying to get my noodle around is  with this nifty thing.  I tell you, the Mio is way more accurate and fast (getting a lock-on) then my older eTrex, and it just so happens that there are a dozen or so Geocaches within walking distance from my office.  But, even though the Mio has a “pedestrian” mode, there are additional tweaks I have found to make Geocaching easier or better or whatever you want to call it.    When I get back (or even when I am on vacation, Internet connection none withstanding),  I’ll post what I consider to be the optimized Geocaching mode for the Mio c310x.  Chat with you later. 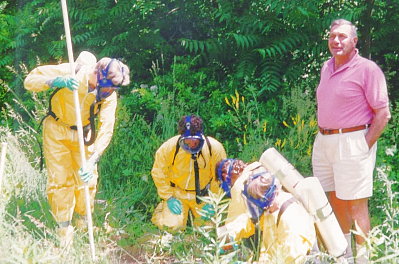