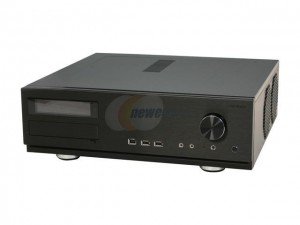 Hey Folks! I hope you all had as nice as a New Years Eve as our family did.  It was really nice and we spent some good times with our neighbors and met a lot of nice people.  The kids had fun and even though I slept in, I feel pretty good.

Today, I am going to finish helping my Chinese mother-in-law set up a Medialounge device on her TV.  You see, she bought this rather cool set top box that was a wireless media extender but was pre-programmed to go out and get Chinese content on her TV.  She would like to watch this on her TV while she did her treadmill, Lose Weight Exercise bike, etc.  She doesn’t want to watch it on her computer monitor.

We got it set up and I was pretty impressed.  I can’t read Chinese but it did look like it was going to be great.  What she found out was, they get you hooked and then literally nickel and dime you to death.  The first shows are free, then $.10, then $.50, and so on.  She sent it back, but wished we could do something else.

We had a family trip to our local Fry’s and we were trying to figure out how to get the Chinese content off her PC onto her TV.   Sure, Fry’s had a ton of the wireless media players, but they were expensive.  They had two open boxes for the D-Link DPG-1200.  I scanned the barcode with my Google G1 and found that the price was right but had a really hard time finding any reviews.

I brought it home to set it up and was impressed.   Now this is no original XBOX with XBMC on it, but it would do fine for our needs.

What I didn’t plan on was that her PC is hooked up wireless as well as the DPG-1200.  The DPG-1200 could get content from the Internet just fine, but watching content off of her PC sucked bad.  I’m guessing it had to do with both devices being connected to the LAN wirelessly.

So the plan is when we go over there, will run Cat5 cable through the walls.  This is always a slippery slope.

Honestly, I like DPG-1200, but I will admit the set up was very complex.  I don’t think the less tech savvy crowd would have hung with it as much as I did.   Additionally, there is almost zero documentation on what to expect with the device.  Someone who never had a device like this would be like, “Okay, now what?”

I can’t even tell if it supports uPNP, but that’s just me.  For my mother-in-law, I think she’ll be happy but if she didn’t have me around to help, I think she would have disappointed and frustrated.

I’ll keep you posted on how it goes today.

I’ve been busy. It’s been good and I see progress being made. I see the light at the end of the tunnel. So, this post is going to be a mini-update to a bunch of stuff I got in the hopper.

Man, I love this thing. Today I put new skins on it, and installed some really great apps. I’ll provide a more detailed post on it. Going from PalmOS to WM6 was painless and easy. I almost don’t even think of it. I miss on flash card program but other than that, I don’t think I’ll ever go back to a Palm-based phone.

XMBC on the Xbox

My brother-in-law is really happy with his hacked Xbox. We watched all sorts of international TV this weekend. I found this after poking around. Why hadn’t I found it before?

I found some great games I am playing on my Xbox. ChessMaster was really hard to find:

I am getting a lot of hits on my website for Trixbox related things. I hope you guys are finding it helpful. I’d love to hear some feedback.

END_OF_DOCUMENT_TOKEN_TO_BE_REPLACED

So, with the release of WordPress 2.2, I took the leap and updated tonight. It went really smooth and I seem to think there might be a performance gain, but it could be the vodka. You might have noticed that I am using the K2 theme, which has a slight issue with WP 2.2. You can get the fix here. It worked as advertised. If you are using WP-Cache you probably need to delete your root out of the cache to see the change.

Today, I was really glad I had my GPS unit, the Mio c310x. Twice today, I had to get somewhere fast and having the GPS let me bypass traffic and cut through other neighborhoods. It was cool saying, “hey, this is a load of crap… I’ll turn here…” and get me around the BS. Today in Atlanta, there was really heavy rain around the very beginning of rush hour and that set traffic home off to a terrible start. If only we had TMC like Europe has then is would trump Google! Maps on my Treo. I don’t think the c310x has the support for TMC, but that might be something to consider in my next GPS purchase.

BTW- I’ve done a considerable amount of stuff to my Mio over the last few weeks. Unfortunately, I don’t feel comfortable talking about them here. Let’s just say I am ready for a trip to Europe…

With regards to the Cheap-o HTPC, I’ve come to the conclusion and recommended to my brother-in-law, that an original XBOX is the way to go. For roughly under $100US you can find one on Craigslist, Ebay, or at a local pawn shop and easily hack it and put XBMC on it. He’s not a big game player, so he’s really only interested in the media capabilities. I’ve suggested a couple of places for him to find one and offered to hack it for him, so I’ll update as time goes on.

I also noticed that Trixbox 2.2 is out now. My Trixbox server is 2.1. I honestly don’t know if I’ll upgrade since it’s one of those things; if it ain’t broke… don’t fix it! If you read the thread over in the Trixbox forums, there is a way to upgrade despite what the first post says. We’ll see.

I’ve also been learning a lot about the business side of this. More on that, too.

Finally, I’ve been doing a lot of thinking about innovation and technology and how it affects my and my family’s life. I’ve started writing up a doc highlighting some of the key points, but I am not sure what I plan to do with it when I’m done. Maybe I’ll post it here… but I wouldn’t count on it.

This is the second time my draft got wiped out. If it doesn’t work this time, I am going to go to bed and try again tomorrow. Anyways, I got some cool things I am working on so here’s a quick update. Expect some updates over the next couple of weeks.

My VoIP provider is ViaTalk. I’ve been with them since 6/06 and they have been great. I’ve been using an unlocked PAP2 ATA adapter. Recently, my Dad sent me a wonderful PC case he no longer needed and I installed Trixbox. I’ve played around with Asterisk on FreeBSD but the whole Trixbox suite is pretty neat. So now I have several softphones and my PAP2 all talking to the Trixbox box. The whole things works so well, I am used to tweaking something until it is perfect and this exceeded my expectation since it works so well. Once I understood everything, it is a snap to set up and adminstrate. A UNIX/LINUX background will give you a leg up on understanding the internals and help you debug all that much more effectively.

Now, my brother-in-law wanted to find a way to display German videos on his TV. In my case, I have an xbox with XMBC and it is a no brainer for me. But he has some intersting limitations, like he doesn’t want to spend any money on it, he might not be able to easily wire his connection, and it has to pass the spousal approval factor. Luckily, he’s got an old AMD PC laying around so we are going to install, (at least the plan is at this point), Ubuntu and MythTV on it and hook it up to his receiver. He doesn’t have an HDTV so RCA or S-Video will probably be okay. This is a learning experience for both of us, so I’ll be posting some updates on this effort over time.

More as time permits. I’ve kept some of the person updates out of this post. Those will come at a later point.